Check out their unique flavours while you’re there

Check out their unique flavours while you’re there

When you think of places to inspire your home decor, gelato shops are probably not the first thing on your mind. However, they can be incredibly aesthetic, and make use of some creative design ideas that you can adopt in your own abode.

To get you started, we’ve put together this guide to gelato shops around Singapore with particularly Instagrammable decor (and, of course, delicious flavours). 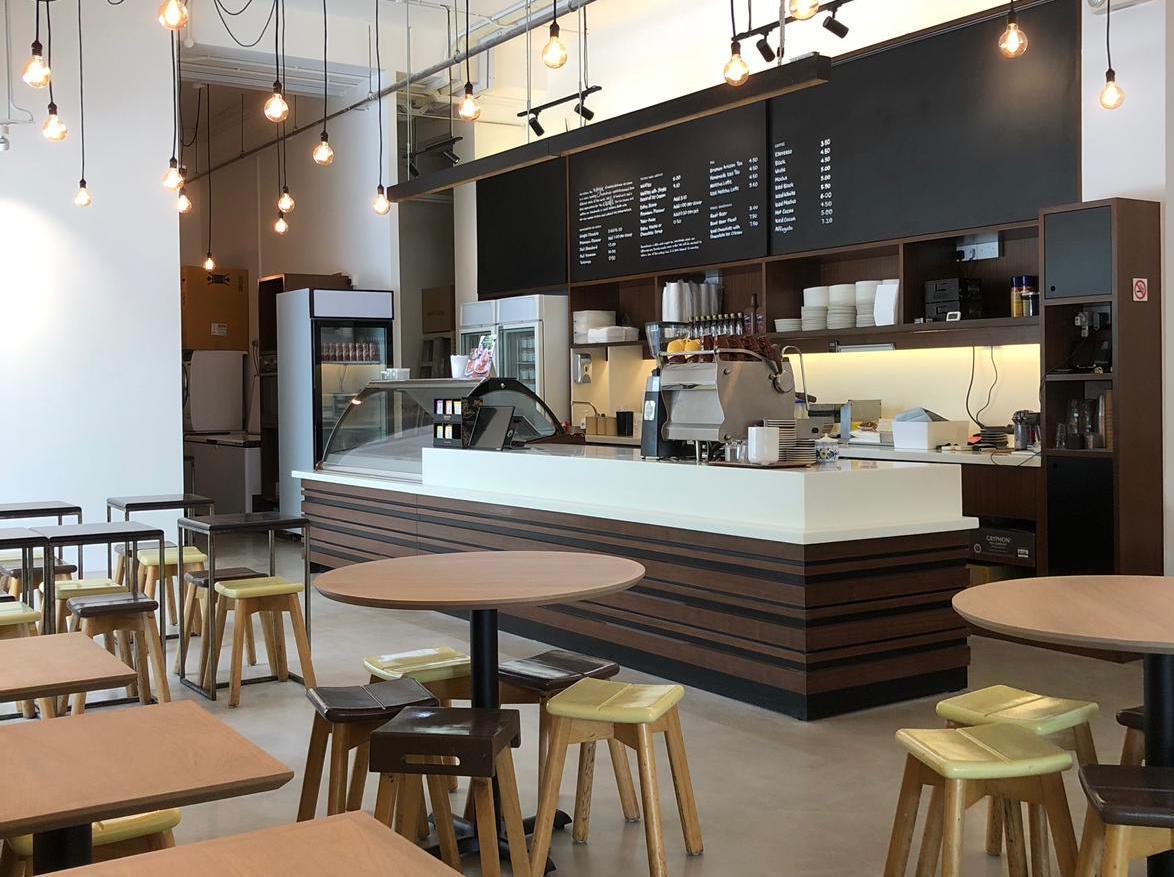 The Toa Payoh cafe itself proves that neutral tones can go a long way when paired with the right lighting. Dark and light browns dominate the space, keeping the surroundings easy on the eyes, while industrial-style lights hang from the ceiling.

The minimally eccentric light bulbs prevent the space from becoming too toned-down, giving it a creative spark without becoming distracting. Known for their flowing lava cookies and particularly unique flavours, Creamery Boutique imported its quirky menu and cafe aesthetic to their Lavender outlet all the way from Bangkok. Intriguing flavours on offer include cardamom and yogurt-based Ca.Le.Ho.Yo., as well as Black Dog, made with Guinness Stout.

Standing out amongst gelato shops, Creamery Boutique has a distinctly striking look. White brick walls are broken up by black stripes and their signature yellow triangle, which takes centre stage on the left-side wall. The colourful metal chairs pair well with the exposed lightbulbs, giving the place an almost dystopian vibe.

Originally from Australia, the Orchard-based Aqua S is all about sea salt. Inspired by the Japanese town of Okinawa, their original Blue Sea Salt flavour was followed by Singaporean classics such as Lychee, Black Sesame and Pandan.

Despite the variety of rich flavours, however, Aqua S has gained popularity mostly for their aesthetic cones, serving their ice cream in beautiful swirls topped with marshmallows and popcorn.

This vibrant pastel style applies not only to their ice cream, but to the cafe space as well. Baby blue walls with soft clouds give the surroundings an ethereal vibe, allowing you to fully immerse yourself in your dessert.

Seemingly infinite white floors blend into the counters for an enhanced feeling of blurred reality. Instead of repainting your entire home to resemble a heavenly waiting room, however, consider a baby blue feature wall in your bedroom, and allow your flooring to match the furniture for a more seamless colour flow. 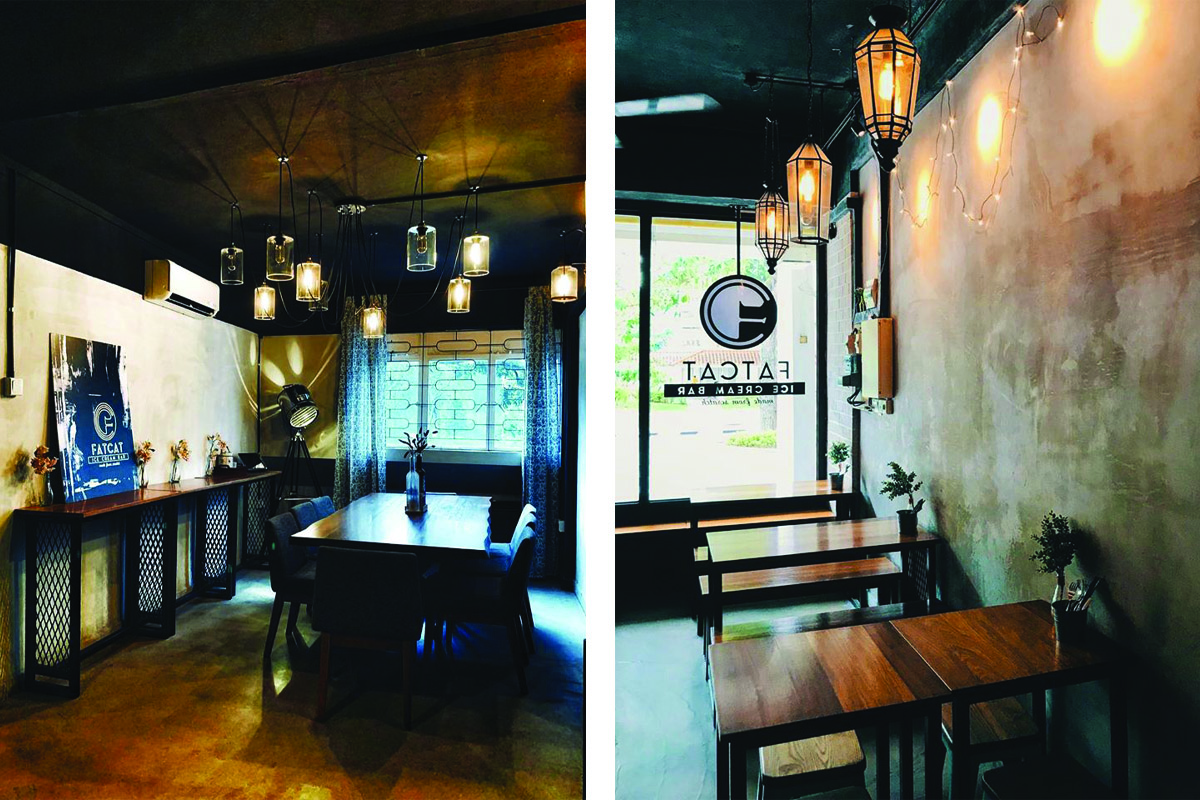 Despite serving mostly traditional flavours, options like Butter Beer and White Peach Sangria make for a juicy menu at FATCAT. For the particularly indulgent, the Gourmet Charcoal Waffles are a crispy delight.

The brave and bold, on the other hand, will be rewarded with an extra special surprise treat when asking for the Mysterious Flavour at the ice cream bar.

Priding themselves in serving indulgent treats made with fresh ingredients, FATCAT embrace the rustic art of food preparation in their decor as well. Raw materials such as metal and wood are lit by vintage-style lanterns against concrete walls, creating an intimate and organic ambience.

The traditionally industrial look is complemented well with the flower vases and small plants adorning the tables, livening up the darker tones of the space. 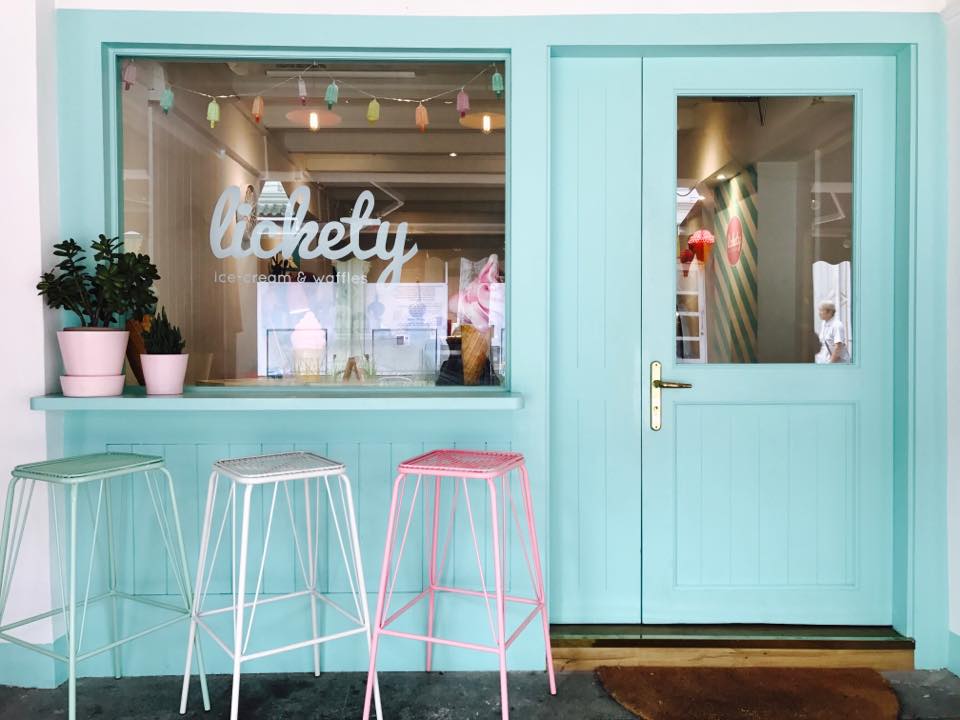 This Muslim-owned shop on Bussorah Street serves trendy egglets with an array of colourful ice cream flavours. While the options on the halal menu are mostly classics, such as fruity sorbets and Horlicks, flavours like Earl Grey & Fig bring a more creative mix to the table.

Matching the cute aesthetic of their ice cream waffles, the shop itself is a popular spot for Instagram photos. Going all out with the pastel look, the facade of the building is covered in baby blue, with pastel pink, green and white stools placed by the window.

A version of this article first appeared on SquareRooms. Not only do these systems remove harmful bacteria and parasites, they also give you an extra boost of healthy antioxidants with each sip
1 month 1 week ago
home city living
News
View all news