The New Year is just less than three weeks away, so start planning your exciting weekend early, before tables get booked up and tickets get sold out. Start the night quiet with dinner and a couple of drinks as you look upon the year’s achievements (and failures) before you head down to one of these parties to leave it all in 2016. We have a feeling 2017’s going to be great. 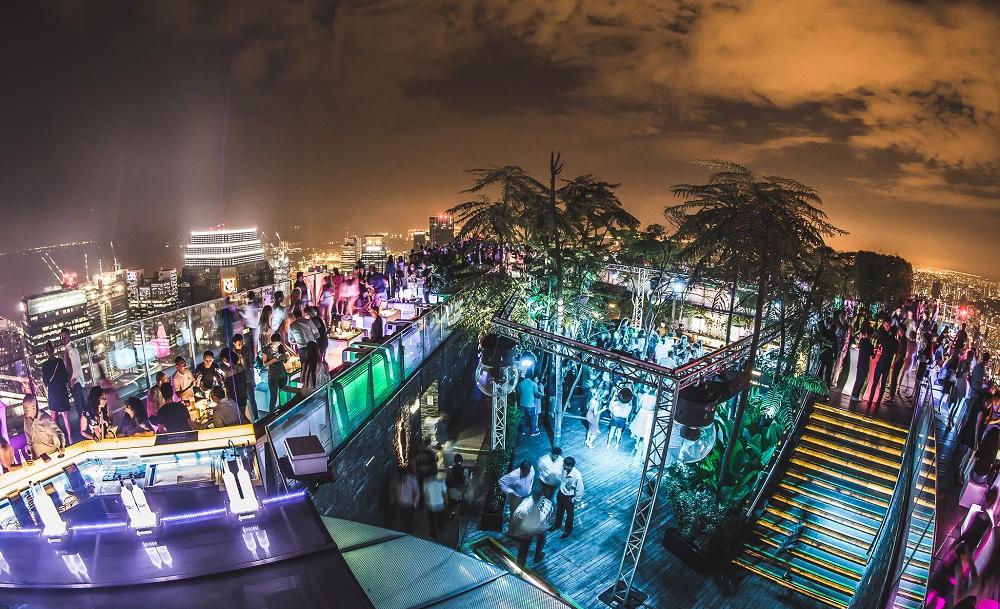 It’s three parties rolled into one at this multi-concept hotspot in the CBD. Start things out at their Australian gastronomy restaurant Stellar, which is doing four- and five-course dinners ($180-408 per person). For the countdown, head to rooftop lounge 1-Altitude, where $300 gets you a free-flow of premium pours until midnight. Then head to Altimate, where covers start at $88. Wear your tux. 61-63/F One Raffles Place, 6438-0410. 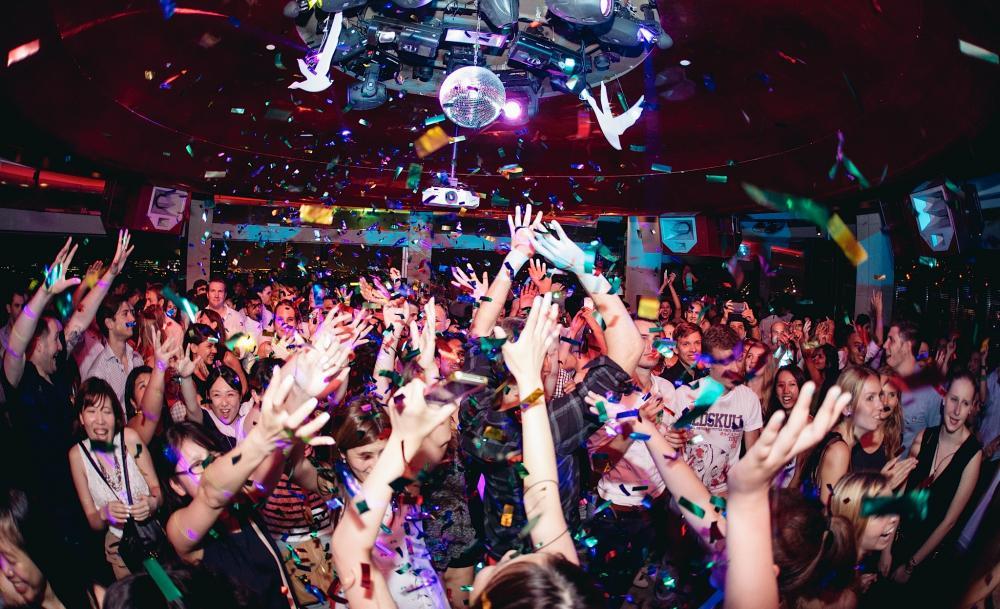 Time to bring out those feathers and tulles, fashion queen—you are going to a black-tie masquerade ball for NYE. Just bring your glamorous self and in exchange, you’ll be greeted with Champagne, chart-topping beats and a display of fireworks. 57/F Marina Bay Sands SkyPark, 1 Bayfront Ave., 6688-7688. 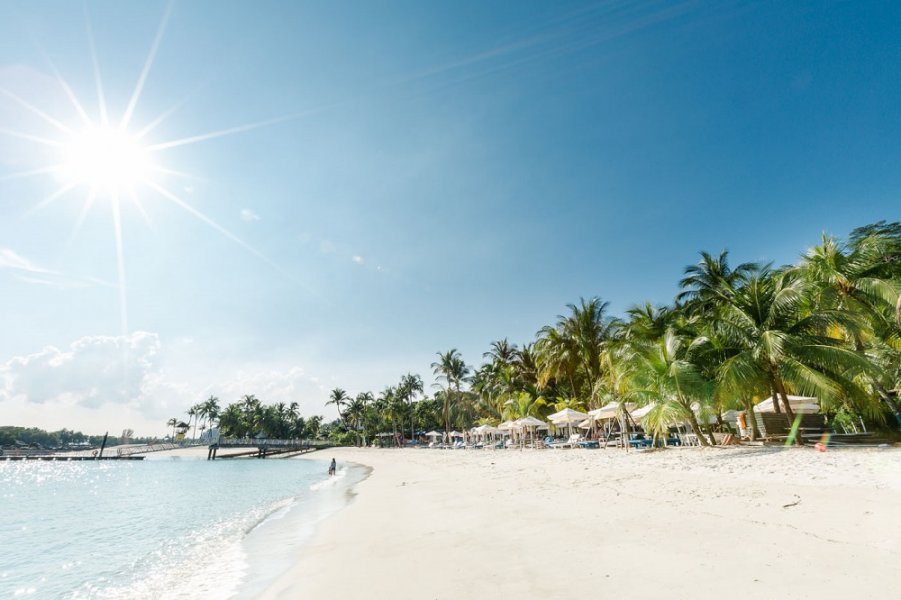 If you think all those big countdown parties are too mainstream for you, and prefer prefer something cozy and cool, why not head to Coastes and Sand Bar’s two-in-one countdown beach and barbecue party? They’re doing a buffet spread of seafood, meats, mains and desserts. House pours start from $10 if you want to fuel up. 50-52 Siloso Beach Walk.

Have a glorious view of the fireworks at Faber Peak where you and your friends (up to six people) can get a private 90-minute cable car ride. To make things even sweeter, there will also be an array of desserts and two bottles of Champagne. 109 Mount Faber Rd., 6377-9688.

Dust off your seersucker and deck shoes and head over to Sentosa’s fancytown for a party at ONE°15 Marina. Latitude Bistro will do a buffet and zany entertainment like belly dancers, contact jugglers, stilt walkers and more. Get a complimentary bottle of wine for every four tickets purchased. #01-01 ONE°15 Marina, 11 Cove Drive, 6305-6982. 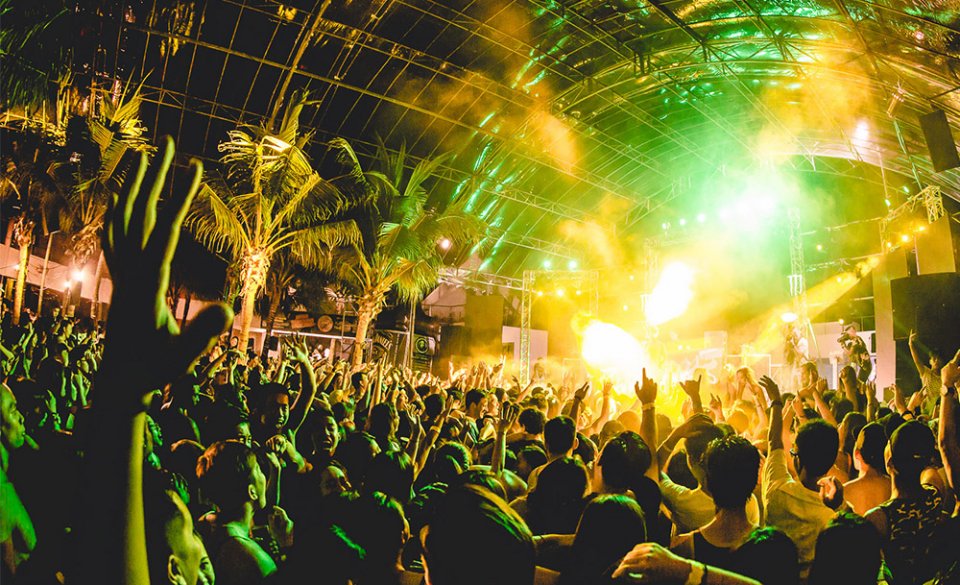 Avoiding Trump’s hometown for NYE? You can still pretend you’re there because New York City, Times Square is the theme for the countdown party over at Woobar this year. So get your crew ready and jet set to Sentosa. Merry-making starts from 9pm with their drink-all- you-can-drink offer of Champagne. W Singapore Sentosa Cove, 21 Ocean Way, 6808-7288.

Usher in 2017 at the beach and under the stars when Tanjong Beach Club throws its customary Brand New Day: A 2-Day New Year Beach Extravaganza. Lounge on daybeds and sip on bubbly and premiums pirits while DJ Stephen Day brings you till the countdown and beyond with 80s electro beats. (Pro tip: the daybed packages come with a fuss-free ride home). Come back in the morning for brunch signatures like The Weekender Fry-up and acai bowls, while DJs Mad Jester and The Professor spinning. 120 Tanjong Beach Walk, 9750-5323.

How much: NYE daybed packages start from $600 for groups of 4-6. A minimum spend of $200 applies on New Year’s Day for daybeds. 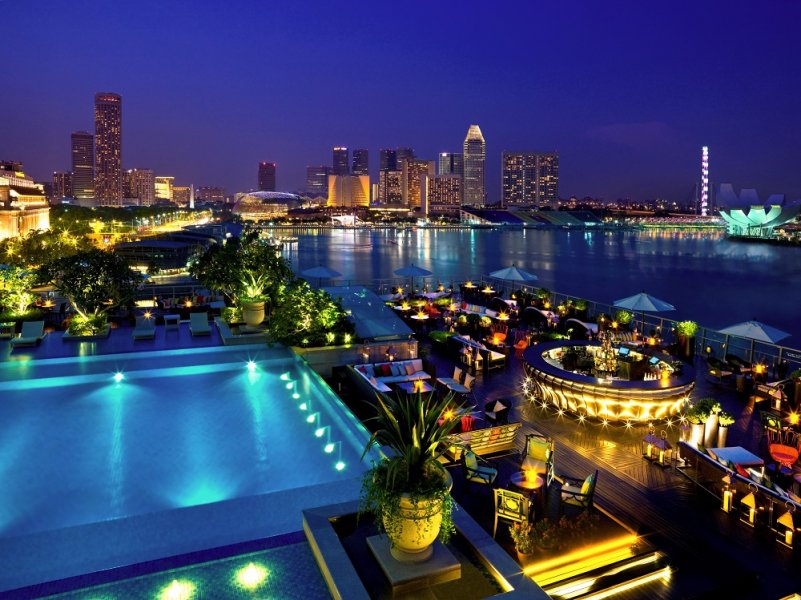 This classy rooftop bar has some of the best views of Marina Bay, making it the place to be with your squad on New Year’s Eve. Sign up for table service, and you’ll get four bottles of Veuve Clicquot or two premium spirits and a snack platter. The Fullerton Bay Hotel, 80 Collyer Quay, 6597-5299. 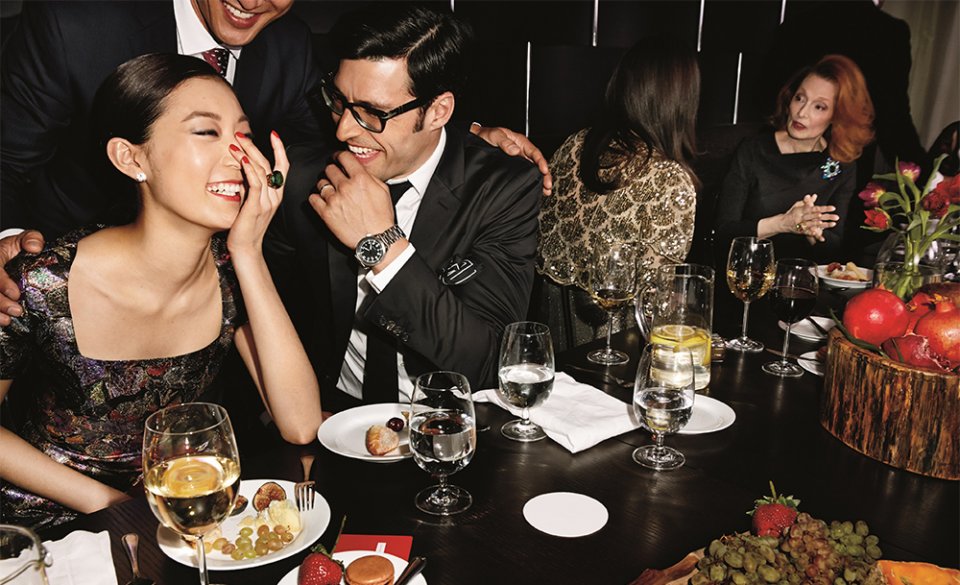 The city is going to be full of dining and dancing options over NYE, but if you want to spend some quality time with friends and family, head over to Grand Hyatt Singapore. Apart from all the nice festive dinners they’re hosting at their restaurants, the hotel’s lobby will be transformed into an extravagant venue with ornate decorations and live music. Channel your Old World elegance at this countdown party with free-flow Perrier-Jouet Belle Epoque vintage Champagne, live entertainment and a splendid dessert spread. 10 Scotts Rd., 6738-1234.

Dancers from Recognize Studios, DJ Ko Flow, and local band 53A who sang the 2016 National Day Parade theme song, Class 95’s Muttons In The Morning, Kimberley Wang, and Simone Heng are all going to be ringing in the new year at CQ. Central Fountain Square, Clarke Quay.

How much: Free for all. 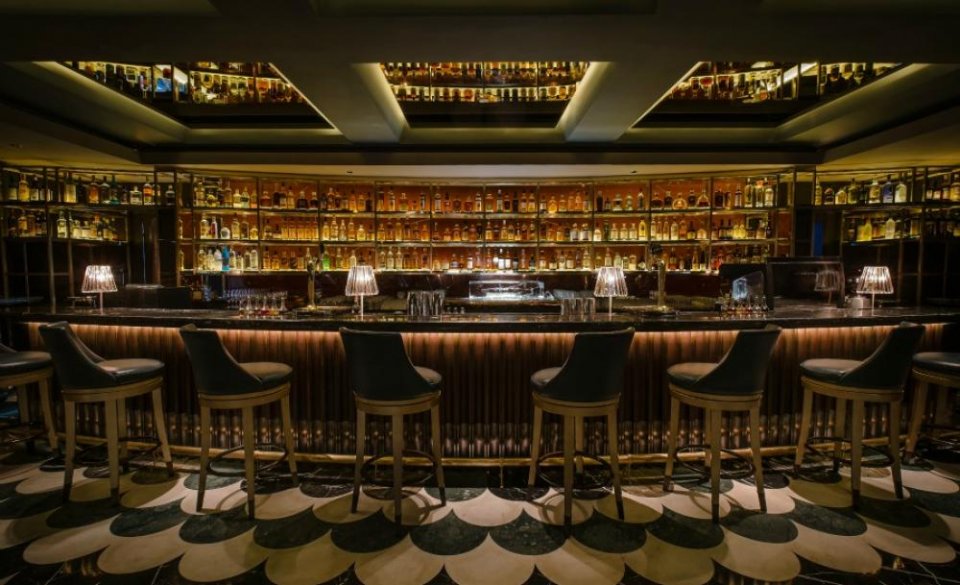 For a taste of New York, swing by the celebratory countdown party at Asia’s #1 cocktail bar, and try their Best of 2016 cocktails along with soulful jazz tunes by Leandra Leandra. Be sure to check out their gorgeous selection of private rooms, tucked away from the main salon, for that VIP feeling. 2/F The Regent Singapore, 1 Cuscaden Rd., 6725-3377.

How much: $100 per person, inclusive of bar bites 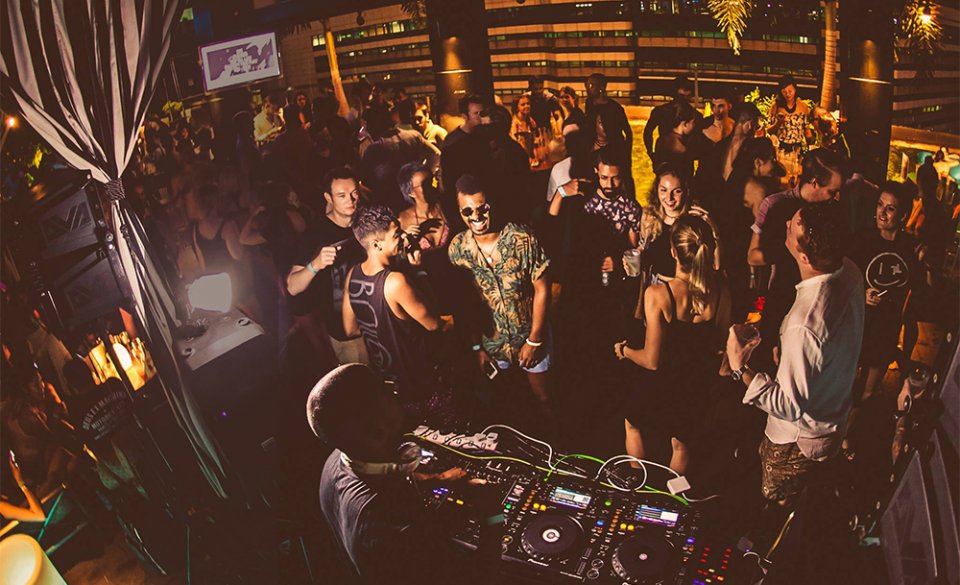 If you’re not off to some exotic location, party at this chic French hotel. The hotel’s stylish rooftop pool bar with a mix of high society French touches, views of Singapore’s skyline and roster of DJs will make for a nice exit out of 2016. There’s a free flow of house pours, beer and wines from 9pm to midnight and Champagne to toast as the clock strikes 12. SO Sofitel Singapore, 35 Robinson Rd., 6701-6828. 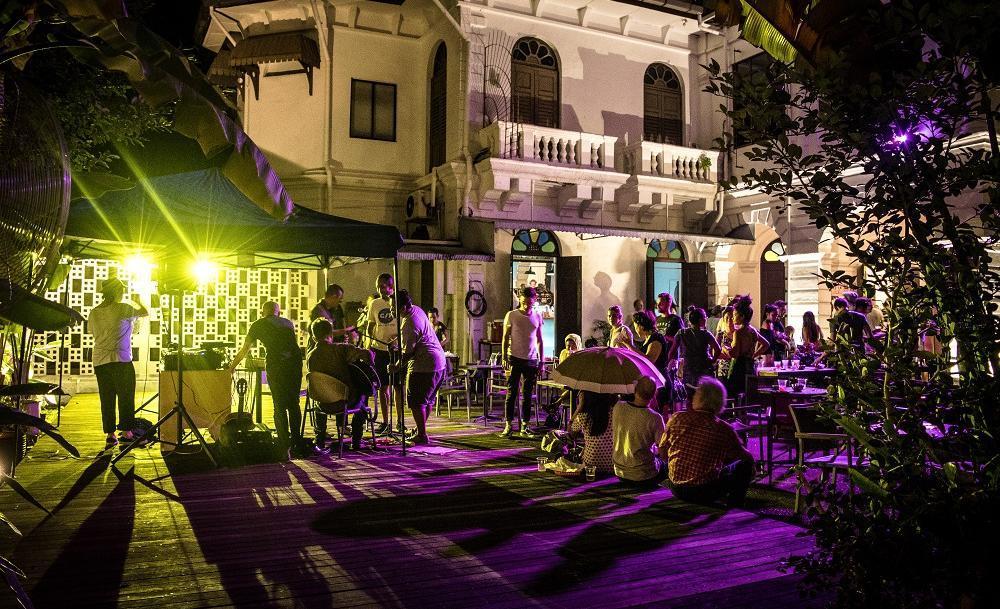 Our favorite house on a hill is throwing a Silent Disco party for NYE. Don their noise=cancelling headphones, flip between three channels—dance on the blue channel, rock music on the red and disco grooves on the green—and your headset will light up among a crowd of other revellers, turning the dance floor into a huge interactive light installation. There will be cocktails by Zac Mirza and beer on tap. 11 Upper Wilkie Rd., 9389-2185.

Orchard Road’s humble little sidewalk craft beer bar recently moved to Penang Lane, and they’re throwing a low-key NYE party, complete with beer bongs, beer pong and other drinking games that will make you think you’re in college. We’re also promised hip hop, R&B and trap beats and encouraged to dress up as Drake, Kanye or Riri. No cover charge, but you have to pay for the games and the booze. 11 Penang Lane, Singapore, 9119-6980.

For something more grungy chic, there’s this tried-and-tested option on Haji Lane. Located near Piedra Negra, this recurring street party will be playing 90s R&B, funk, reggae and hip-hop on NYE. Coronas and margaritas will be chief among the drinking options.They’re also giving a free shot to the first  50 people. 241 Beach Rd., 6291-1297.

How much: Free for all

DJ/event collective Attagirl, which supports local females in music and arts, is throwing a party, collaborating with local male DJs. Expect live acts by Jasmine Sakko, Mean and performances by DUNCE and many more other DJs, spread out over three storeys. Blu Jaz Cafe, 11 Bali Lane.

How much: $20 for entry (includes one drink)

After a night of partying, you would probably would want to grab some food since getting a cab or an uber would be an absolute nightmare. Walk over to Amoy street as Wanton Seng’s Noodle Bar is having a special supper menu, including salted egg chicken wings, friend wonton and yam croquettes. 52 Amoy Street, 6221-1336. 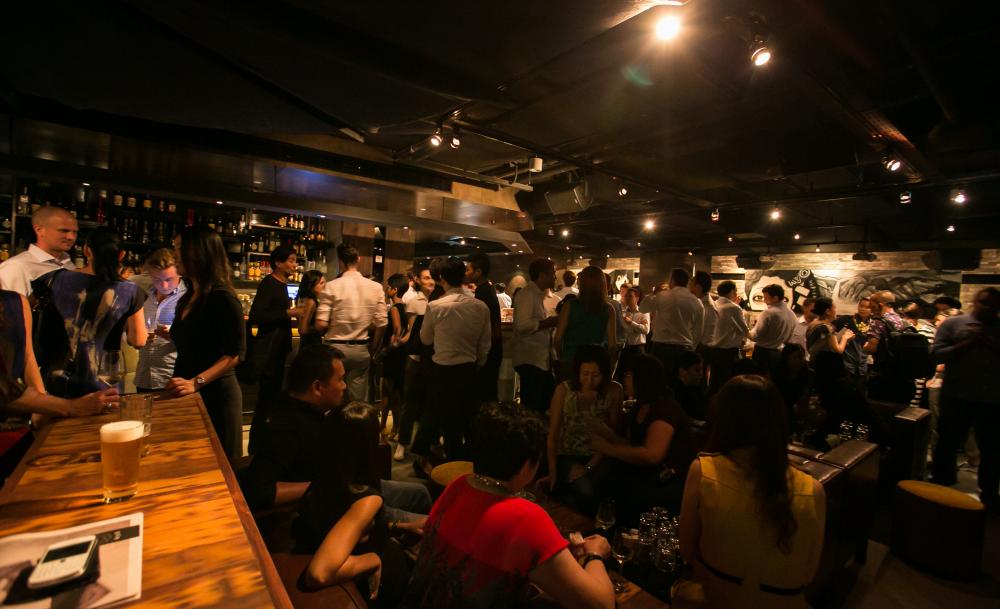 Show up with your best dancing shoes for the last party of 2016 at this newly revamped underground club. Acclaimed London-based DJ Simon Baker (he only plays at key clubs worldwide, mind you) will be hitting the decks with his unique house and techno tracks like Plastik and Traces and of course hits from his latest label B.K.R (Projekt). #B1-02 Keck Seng Tower, 133 Cecil St., 6225-6001. 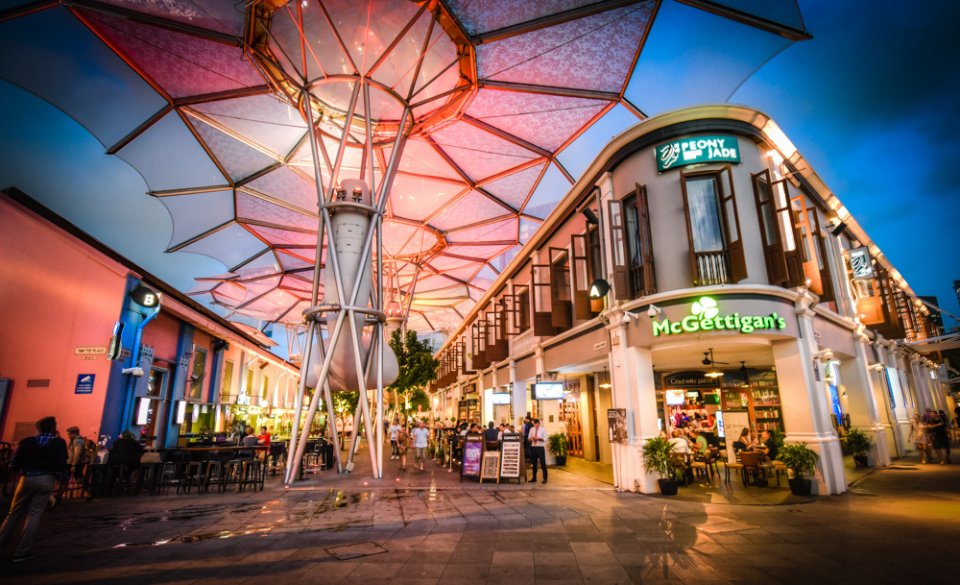 Make sure you have your squad all ready for New Year’s Eve, especially if you’re planning to go on a bar crawl at Singapore’s party central hub, Clarke Quay. Make a stop at McGettigan’s and enjoy live music by Gerry Cox, Jukuleles and DJ Paul, as well as exciting bottle promotions where you can get a bottle of Grey Goose (two for $350) or a bottle of bubbly (Moët & Chandon, no less) for $200 each. Go all out this New Year’s Eve and get both for just $300. Make a table reservation here. #01-01 Merchant’s Court, 31 River Valley Rd., 6837-0577.

How much: Free entry

Eyes to the Front

Famed for their pool parties over at Sofitel So Singapore, this time the party planners are hosting at CATO, with DJs Oliver Osborne, Haan, Jamie React, Yazyd, I.M.X, Deen and Jeevan Leroy. 237 South Bridge Rd.
How much: $20-100 per person 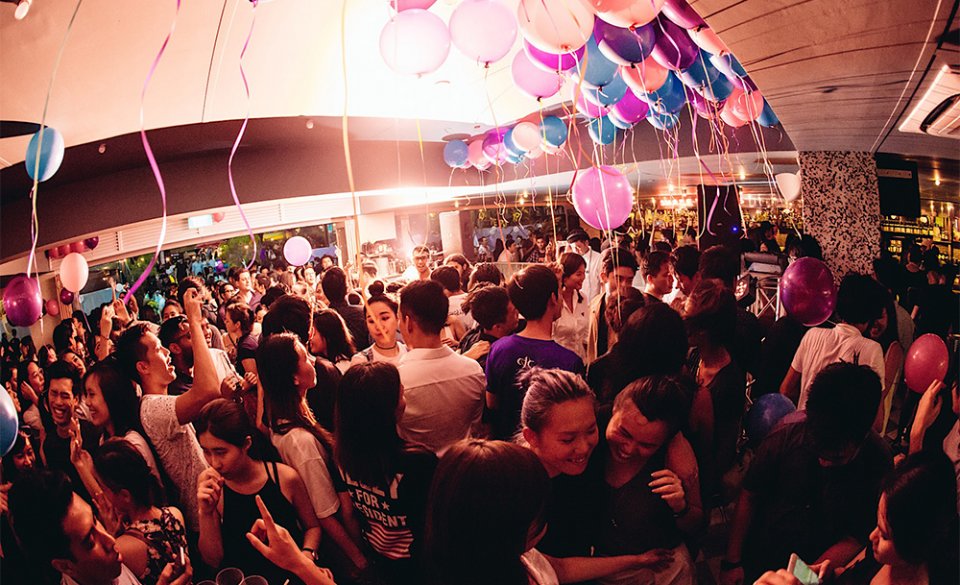 Before you dive into your New Year’s resolutions, how about one last night of guilty pleasures? American-style diner OverEasy Orchard’s old school party series Guilty Pleasures is less about the over-the-top glam and more about the dressing down and enjoying cheeseball 90s hits. DJ Hookstyle (aka Dave Tan of Electrico) will be spinning nostalgic anthems that will keep you on your feet and singing along all night. Reservations are recommended but they also do take walk-ins—don’t let that be an excuse to not get organized, though!  541 Orchard Rd., 6684-1453.

How much: Free entry

Get your Italian countdown right in the heart of the city. Pick either an indoor table or an outdoor cabana for your five- or six-course feast. If you’re intent on being there when the clock strikes midnight, be sure to score the later of their two seatings. Mandarin Oriental, 5 Raffles Ave., 6338-0066. 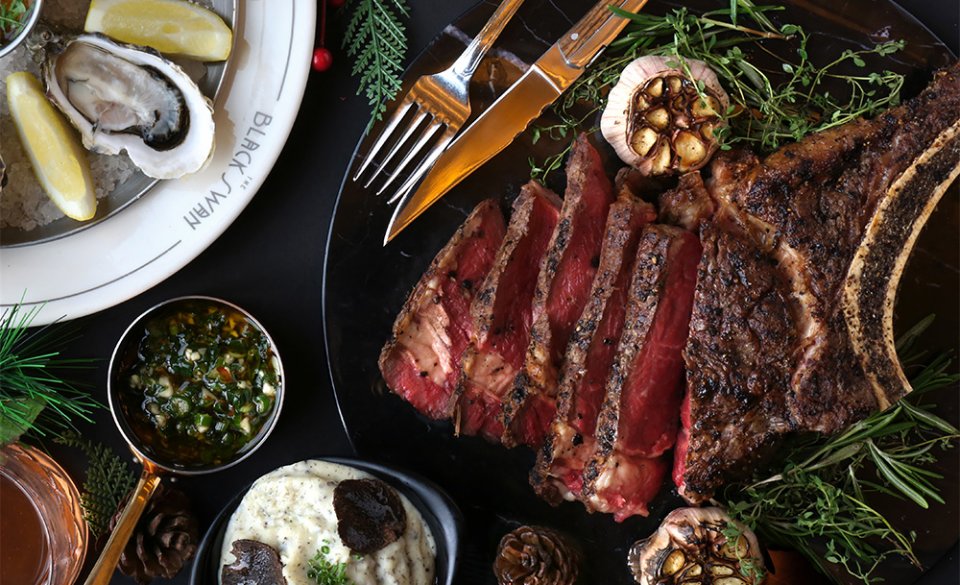 Party like you’re Gatsby at the CBD’s Art Deco-inspired restaurant and bar. The Black Swan is going super classy with a Razzle Dazzle NYE. A Festive Feast set menu starts at 8pm and involves dishes like Maine lobster, Challans duck and more. You also have the option of topping it up with a free-flow bubbly package. If you’re just in it for the post-dinner partying and the countdown, rock up after 11pm for the Bottomless Bubbly, which runs till 1am. Be sure to dress to the nines. 19 Cecil St., 6438-3757. 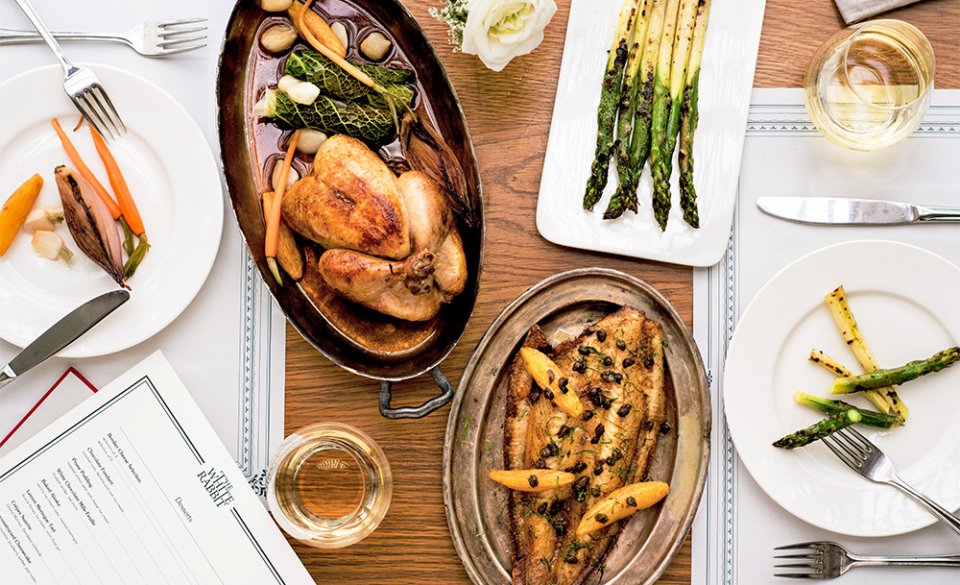 Dempsey Hill’s Ebenezer chapel-turned-classy-restaurant loosens up a bit for NYE with a 70s-themed New Year’s Eve Dinner featuring all the restaurant’s signatures and a countdown disco party afterwards. Early birds should grab a table for the 6pm seating, but night owls also have the option of rolling in for the 8:30 seating, which includes a craft G&T or a glass of Boizel Brut Reserve with your dinner. Need we remind you that the outdoor Alice in Wonderland-esque gin bar The Rabbit Hole is also on premises? 39C Harding Rd., 6473-9965.

Suit up and revel in a classy affair at UsQuba. Treat your palette to their four-course meal which includes caviar and foie gras, alongside exquisite wines. Then after that, party the night away and be enthralled by the magnificent fireworks at Marina Bay. #02-03B, 1 Fullerton Road, 8723-6378.

Nothing says classic NYE in Singapore like the countdown at Marina Bay, aka the biggest countdown party, this year headlined by the fifteen‑time Grammy Award‑winning singer Alicia Keys, as well as American rock band Hoobastank. The lineup for Rock On 2017 also includes Asian pop artists like Rainie Yang, Shin, Penny Tai and others. Say goodbye to 2016 and usher in 2017 with a spectacular firework display. The Float @ Marina Bay.
How much: From $48.

Liked this? Find out more about the parties, places to check out, restaurants to eat at and more in our Holiday Guide 2016.